Lumba Samba which means New place in Sherpa native language and also it is a new trek route for Nepal trekking introduced by Trekking Agencies’ Association of Nepal (TAAN) in 2012. Lumba Sumba Peak (5200m) is the major attraction of this route and is in The Great Himalayan Trail. It is also popular as route of Bhotkhola or Upper Arun river and inhabited by Bhote which offers some of the most spectacular Himalayan landscapes. This trekking route is home of different ethnic groups - in low land Bramin, Chetri, Newar, in hilly area for Rai, Limbu, Magar, Tamang and upper area is Tibetan origin Bhotia - Lhomis or Singhsawa (Kharbhotes) and Sherpa who migrated more than 500 years ago. These people believe in Hinduism, Buddhism based on Lamaism and ancient Bonpo religion which is represented by Shamanism.

The trek starts from Makalu-Barun Conservation Area through Lumba Samba pass heading to eastern route to Kanchenjunga Conservation Area. Most views of traditional farm lands with flora and fauna varies from common to endangered species like snow leopard and red panda. Scenic glacier lakes around Lumba Samba and glacier walk to Southern side of Kanchenjunga to Yarlung glaciers and with different angle view of Himalayas ranges of above 8000 meter high Mt. Makalu, Mt. Kanchenjunga and many other around 5000 meter above high mountain peaks are visible from high end and passes. Similarly, Tamur and Arun River systems can be the other attraction for tourists. These two rivers are the major tributaries of the mighty Sapta Koshi River.

The route encompasses alpine grass lands, rocky outcrops, dense temperate and sub-tropical forests, and low river valleys. Apart from natural beauty, trekkers can also explore cultural heritage like monasteries, chortens, temples and prayer walls. Most highlight for collecting “Yarchagombu” (fungus insect/plant) in higher land, growing herbal plant call “Chiraito”, especially in Chamtang area land and Alainchi, ginger (spice) and different types of tea are the main crops can be seen depending on time of visit. Most important to add to the flavor is an ancient barter system, hospitality and the festivals of all of these people living in harmony only serve to make the native culture lively. 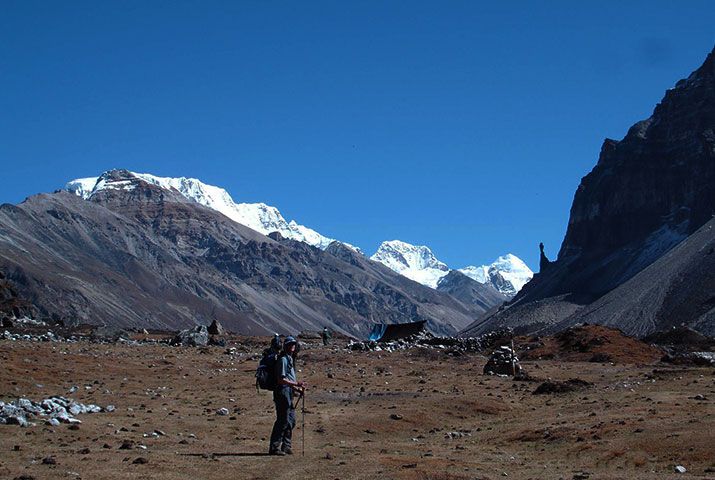 MARCH TO MAY & OCT TO DEC