Dolpo or Dolpa is also called Ba-Yul, the Hidden Land, highest inhabited land on earth. People are mainly Drokpa (nomads) from Tibet settled since 10th century. It is far west north area of Nepal and close to Tibet, but calls as “Tibet of Nepal”. It is more influenced by Tibet than Nepal as it is too far from capital. Most of the area is now in Shey Phoksundo National Park and special permit necessary if travel higher land above Phoksundo lake to Shey Gompa - Saldang - Charkabot which normally counts as remote trekking and very few tourist.

Visit Ringmo village and Bonpo monastery if possible. Continue above 5000 meter higher passes Numa la and Bagala to Dho Tarap. The people of these regions are well dressed and worn colorful jewels adorning the women and men with red braid in their hair, Tibetan style. You will see more Buddhist monasteries, local stone houses as well as cliff caves and yak pastures with wild herb bushes. . It is also called Bon Po country, where people use to practice shamanistic religion predating Tibetan Buddhism.

Trek through cedar forest and fields of cannabis as some of the trails climb over the tops of some spectacular landslides. Some trails are newly built with wide stone steps as well as open grassy meadow where wild flowers abound as well as the chance to see a snow leopard. Blue sheep are also popular walking over rocky cliffs. Mountain views are so impressive. Enroute, we encounter many herders and nomads and yaks grazing during summer time. Also chances to see many low land locals collecting Yar-Cha-Gom-Bu (insect) which is now most attractive source of income. Via riverbed of Tarap Khola, continue trekking to Tarakot village to Juphal and fly out.

NOTE: Optional route with 7 more days for Upper Dolpo - Shey (Crystal) Gompa, Saldang, Charka Bot towards Jomsom for more adventure.All trips can be customized as per your interest, fitness level and schedule. 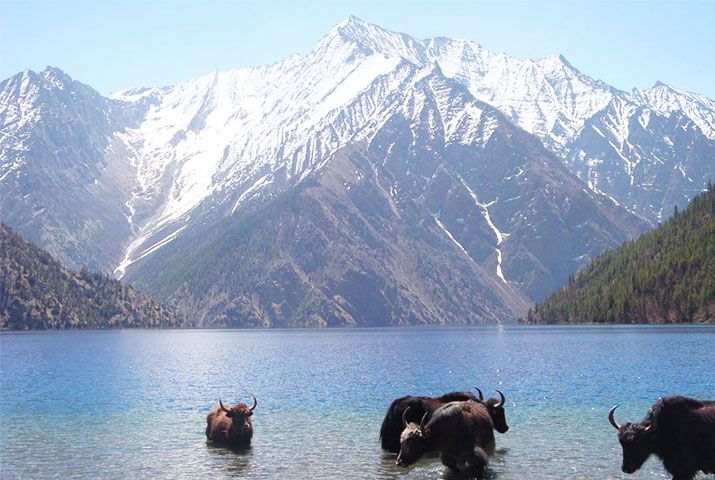