Very limited numbers of people visit this REMOTE FAR WESTERN area, which is quite far away from Kathmandu, the capital of Nepal. Once it was the center of a large empire that extended into Tibet and India. Due to the earlier government’s lack of knowledge of tourism, as well as the earlier Maoist conflict, this area received much less focus. The history and anthropology of these areas are complex and fascinating and still need to be explored. Now it has larger numbers of both Hindu and Buddhist inhabitants.Comparing the Tibetan and Hindu population, there are more Hindus however there remains a Tibetan influence.

We start our trek by flying from Kathmandu to the airport of Nepalgunj – From Surkhet or Jumla, we trek through the Rara National park area via Danfe Lagna, Chauta to reach Rara Lake (2980m), the largest lake in Nepal measuring 13 km. The route around the lake returning via Sinja to Jumla takes 2 weeks. We can extend the trek to Simikot (2960m) and to Limi valley -Humla, close to the borderof Tibet which is the route for traders and pilgrims who visit the Holy Mt. Kailash. Humla was once part of the western Tibet region known as old Ngari. New Ngari is called Taklakot which was part of Nepal previously. Humla was the centre for the traditional salt-for-grain trade with Tibet for centuries however this has been reduced due to the import of Indian salt. Now the main trading point is at Taklakot. We trek to the remote Limi valley and our return sees us fly out from Simikot. This complete tour takes about 4 weeks. 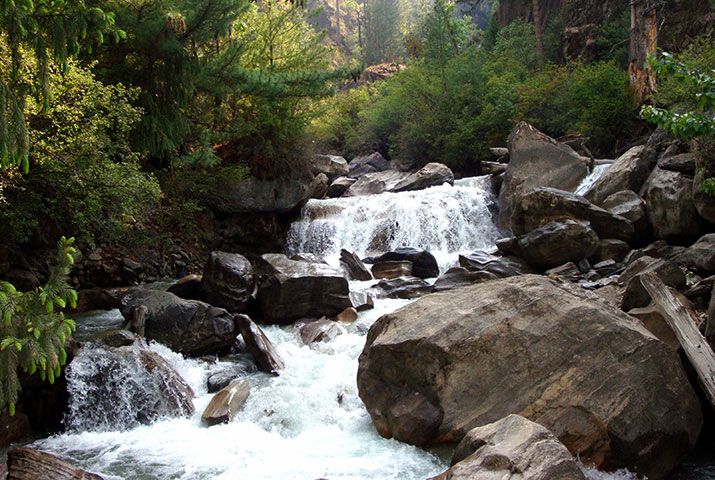